We use cookies to help the site function properly and to analyse traffic. By continuing to browse the site you are agreeing to our use of cookies. For more information please review our Privacy Policy.
Every item in our store is an original vintage midcentury production
We only sell genuine originals, no reproductions or reissues 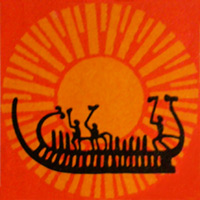 Based in the Copenhagen suburb of Ballerup, Lyfa began life in the early years of the 20th century as Københavns Lampe Og Lysekronefabrik, abbreviating its name to Lyfa in the 1930s, at which time its main output was a range of table lamps closely modelled on the revolutionary multi-shade lamp that Poul Henningsen had designed in 1924 for Louis Poulsen. But by the 1950s Lyfa had become an innovator in its own right, commissioning prominent designers to produce high-quality and original lighting which took advantage of new technologies and materials. Through the 50s, 60s and 70s Lyfa's designs were widely acclaimed, regularly featuring in design publications like The Studio magazine and winning numerous prizes. In the late 1970s the company merged with Fog & Mørup, and at the beginning of the 1980s Lyfa-Fog & Mørup was taken over by by a mass-market lighting producer, Lyskaer. Lyskaer-Lyfa continued to produce lights under the Lyfa label until 1991 when it was incorporated into Horn Belysning A/S, which subsequently became Lightyears and was acquired in 2015 by venerable Danish cabinetmakers Fritz Hansen. Read our extended profile of Lyfa here. Designers working with Lyfa in its heyday included Bent Karlby and Louis Weisdorf.

Designed by Danish architect-designer Bent Karlby and produced by Lyfa in the 1950s, this midcentury..

Add to Cart
Add to Wish List
Compare this Product

This high-quality 1950s pendant lighting fixture was produced by Danish lighting company Lyfa and is..