There is an often-repeated urban myth that the multilayered pendant lamps usually known as Carl Thore lights were produced by Fog & Mørup. The true origin of the Carl Thore lamps and the story behind them was rigorously investigated earlier this year by Viveca Carlsson, editor of Swedish magazine Hus & Hem Retro, and a brief outline of the story was published in the June 2012 issue of the magazine. During our own correspondence with Viveca on the subject, however, she shared with us additional details that were not included in the magazine article but which should help put the Carl Thore Fog & Mørup fallacy to rest. 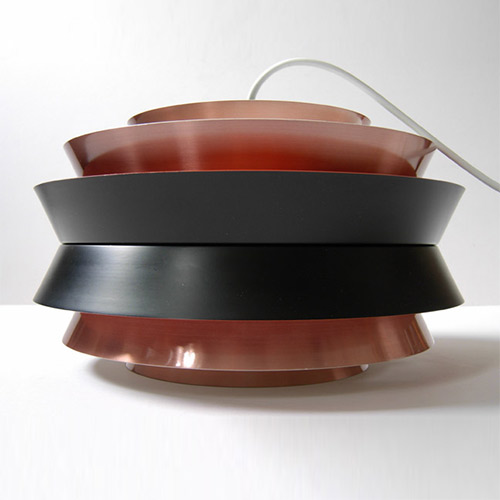 The real name of the designer known as Carl Thore was Sigurd Lindkvist, and he was born in 1916 in Amal in Sweden’s Dalsland. After working for a lighting firm called Luko, in 1961 Lindkvist joined Granhaga Metallindustri, for whom he designed lights and was also head of sales, remaining with the company until he retired in around 1981. Lindkvist adopted the pseudonym Carl Thore for his Granhaga light designs on the spur of the moment when he was presenting the lights to a client who asked the identity of the designer. “Carl Thore,” Lindkvist blurted out, these being his two middle names. Thereafter the Granhaga lights were embellished with a small label on which the words “Design Carl Thore” were printed in a handwritten-style font. 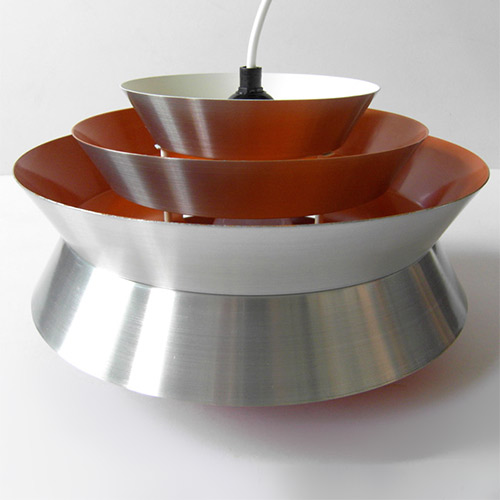 The most popular and widely distributed of Lindkvist’s Carl Thore lamp designs for Granhaga (and his best-known design today) was the appropriately named Trava (Stack in English). Travas were produced in several variations of style and size (five of which are pictured here) and were sold in Sweden through the Swedish Consumer Cooperatives chain of shops known as KF Interior. They were also exported in large quantities to a number of countries including Denmark (where they were sold through an agent whose name may have been Rhodes & Rhodes), the Netherlands (where they were sold through Philips), England and South Africa.