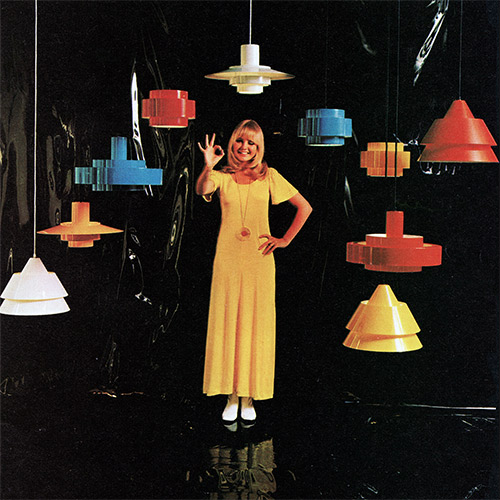 The conical Zone was the only completely new issue in the series, the Equator having been available since the previous year, while Hansen’s Falcon had been around in muted two-tone versions (pictured below) for some five years, and Hammerborg’s Juno – the oldest member of the Rainbow Line series – had first appeared in the early 1960s as part of an extensive line of copper and black lights with a shared banded shape in varying proportions of height and width which included the Saturn.